Billie said she was looking ‘angry as f**k’ over the issues but didn’t specify what they were.

The Bad Guy singer then brushed the hitches off and told the crowd: ‘I’m here for you guys and none of this matters, it’s just me and you and I love you.

The singer took to the stage wearing another colourful, loose-fitting outfit which has become her trademark, with chunky rings on her fingers and chunky trainers.

In a passionate speech towards the end of her set, she encouraged the crowd to film her but urged them to look directly at her as she performed.

The teen singer treated fans to her hits such as My Strange Addiction, You Should See Me In A Crown, COPYCAY, Bellyache and Bury A Friend.

Speaking in between songs she recalled one of her first shows in the UK.

I thought it was the most amazing thing and now it’s like the whole world is looking at me right now, and it’s incredible.

Glastonbury wrapped up on Sunday with performances from the likes of Kylie Minogue, Miley Cyrus, Years And Years and The Cure. 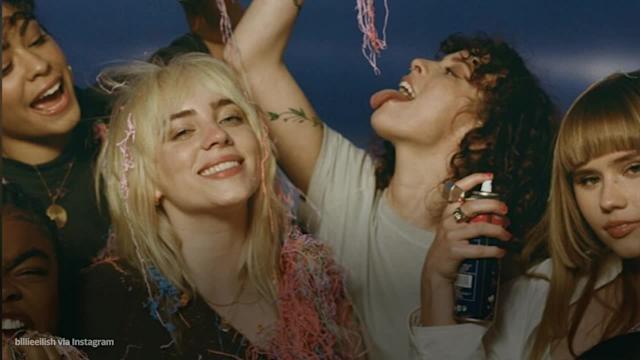