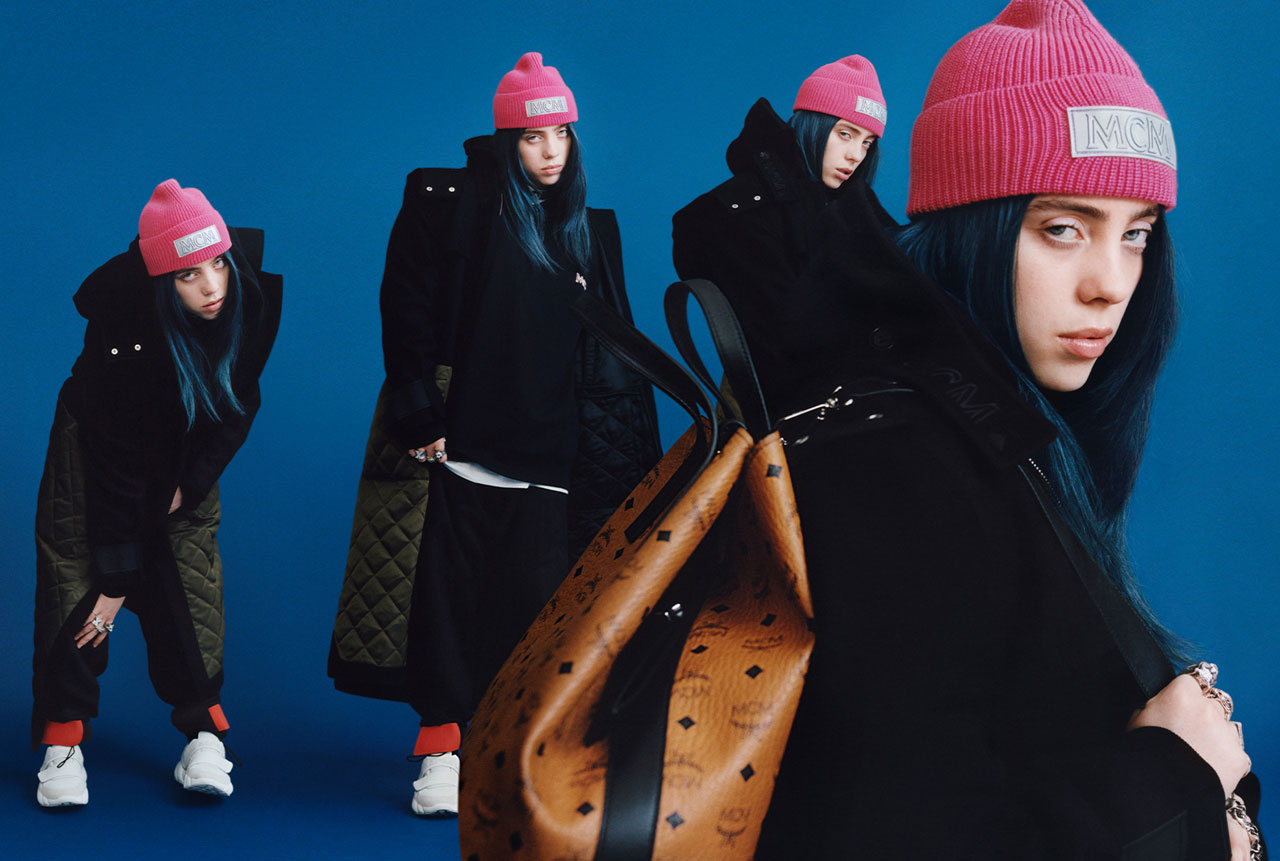 Billie Eilish‘s July has included two major highlights — a special Murakami exhibition and Justin Bieber remix — and the month’s far from over yet. German luxury label MCM has tapped the 17 year-old singer to star in its Fall/Winter 2019 campaign, demonstrating the collection’s genderless appeal.

Alongside rapper Childish Major, Eilish shows off a variety of transformative layering pieces and classic leather goods — in one shot, Major’s technical vest zips up into Eilish’s parka, demonstrating the new collection’s inherent fluidity. Lensed by rising London-based photographer Lea Colombo, the campaign utilizes a collage technique to both highlight the ease imparted by the versatile goods and the ever-shifting personal identities of Eilish and her Generation Z peers.

Key pieces range from baggy track suits to leather bucket hats to the brand’s clunky sneakers, with quilted coats and branded sweaters sporting neutral tones in stark contrast to the rich pink and natural leather of MCM‘s signature leather waist bags and backpacks. “I love to glorify the things that make people uncomfortable,” Eilish said in a statement. “We’re so used to one way of living that we think other peoples’ lifestyles are wrong — sometimes automatically, without even thinking. I want to mess with what people are used to. I want to be that other.”

Speaking on MCM’s renewed focus on ready-to-wear, MCM’s global creative officer Dirk Schönberger told WWD: “I’m not delusional: MCM is a leather goods brand, and we will not push that aside. But we want to build the ready-to-wear and shoes business organically.” Schönberger joined the German brand in October 2018, having worked as adidas’ creative director for eight years.