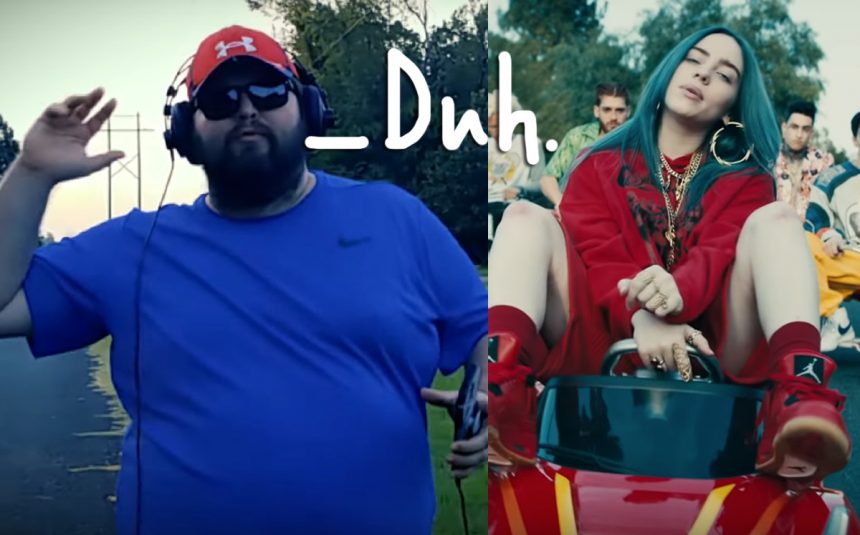 The parody of Billie Eilish’s monster hit “Bad Guy” is here and it’s abundantly clear that this was one bop ripe for the ol’ dad-ode treatment.

Eilish officially dethroned Lil Nas X at the top of the Billboard Hot 100 chart with the hypnotic “Bad Guy,” effectively putting Lil Nas’ uninterrupted 19-week “Old Town Road” streak to rest. That makes her the first musician born in this century to snag the top spot.

On Wednesday, reddit user r/FunkTurkey shared his take of Eillish’s attitude-filled hit with a video in the vein of Weird Al.

“White shirt/now red/that’s taco sauce/eating/just sitting on my phone,” the music video begins, and it only gets more relatable for dads from there. The low-budget video sees a father living that dad life. One beautiful mundane thing to note: He wears one pair of sneakers. And he wears them to everything. Respect.

The chorus hews very close to the source material in sound if not in spirit. And one thing is obvious: A father jogging to goth trap never looked so good.

Billie Eilish is “in love” with herself at the moment.

Billie Eilish Yet Again Responds to Trolls About Her Fashion Style