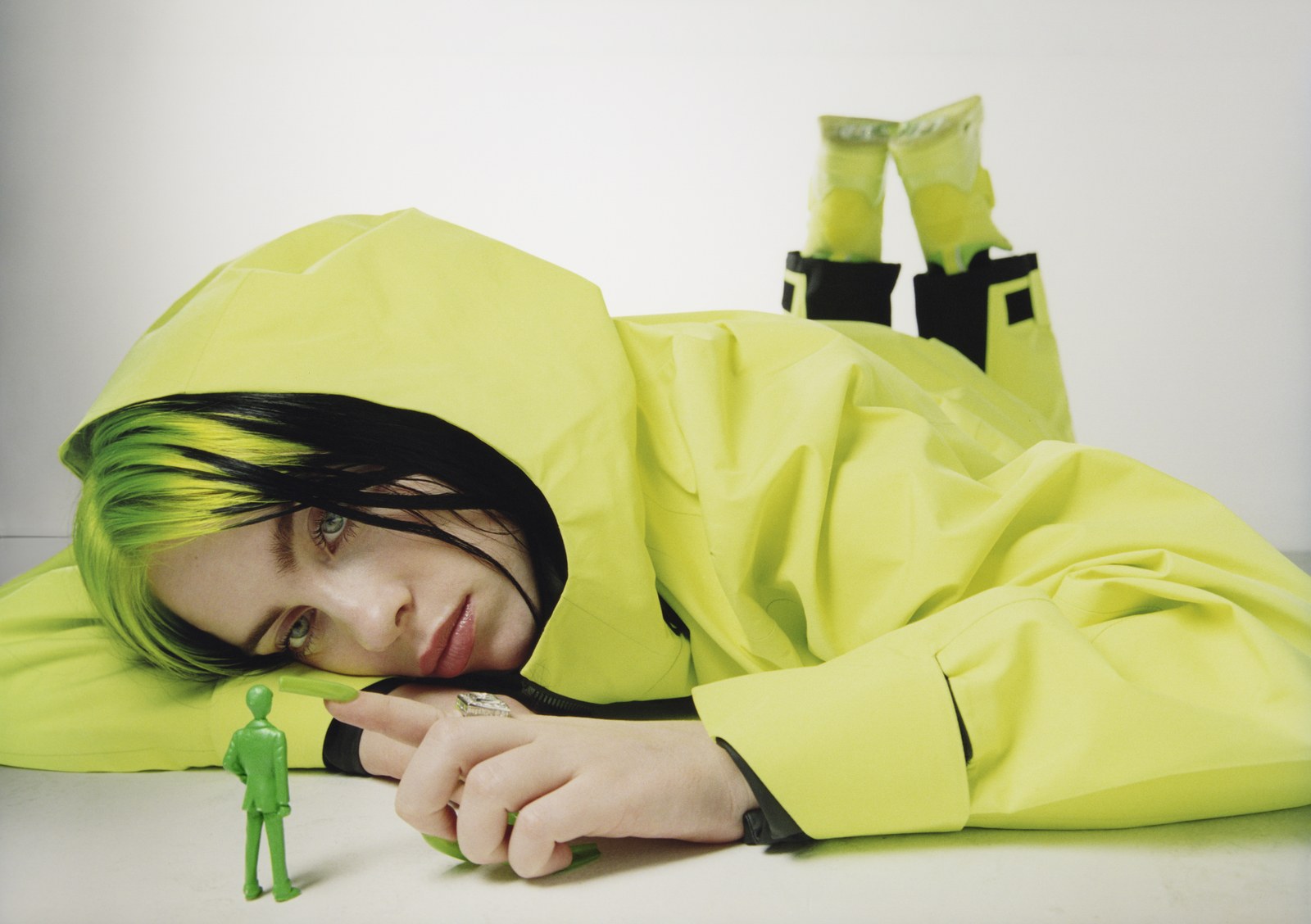 THE COACHELLA MUSIC FESTIVAL, not necessarily known for its adorable moments, offered up the pop equivalent of two baby pandas playing when, under the pink arena lights and to the accompaniment of the cheering and frantic uploading of a thousand teenage witnesses, Billie Eilish met her idol, Justin Bieber, for the first time last April.

The scene, touching as it was, begged consideration of its broader culture significance. Here were two pop prodigies, ages 17 and 25, at rather different points in their career arcs. The walls of Eilish’s childhood bedroom were once papered with images of Bieber, and when he enfolded her oversize denim bootleg Louis Vuitton–logoed self in a long embrace, a chasm seemed to yawn underneath their adjacent but distinct generations. Eilish, whose full-length album, When We All Fall Asleep, Where Do We Go?, debuted at number one a week before the festival began, is not the first young singer to make hit records out of dark sonic tableaux. But the totality of her effect on the pop landscape—from her whispered anti-anthems to her bloblike anti-fashion to the sense of it’s-really-me relatability she provides to her fans—has made her immediate predecessors seem almost passé.

“This whole time I’ve been getting this one sentence,” Eilish says, “like, I’m a rule-breaker. Or I’m anti-pop, or whatever. I’m flattered that people think that, but it’s like, where, though? What rule did I break? The rule about making classic pop music and dressing like a girly girl? I never said I’m not going to do that. I just didn’t do it.”

Comments Off on VOGUE: How Billie Eilish Is Reinventing Pop Stardom  /   Share: