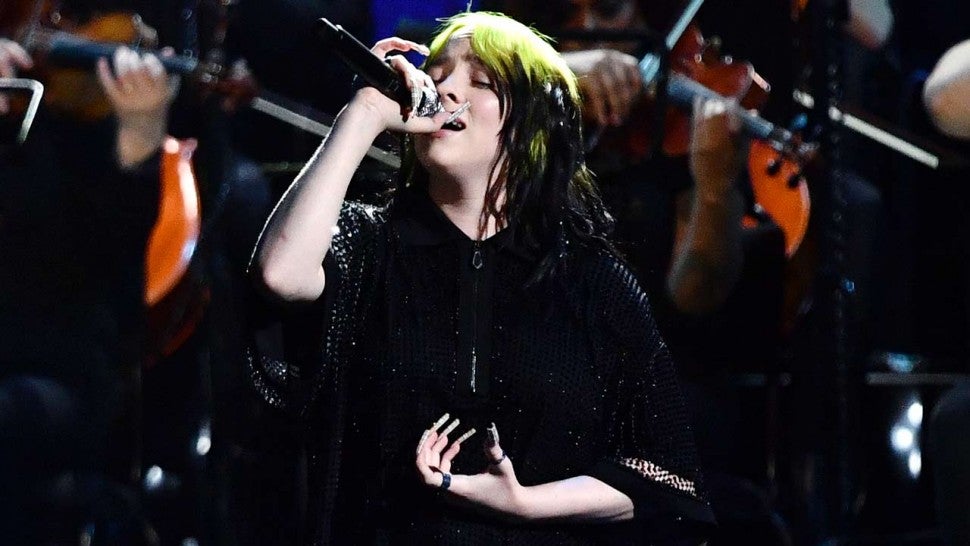 billie eilish performing ‘no time to die’ for the first time ever at the #BRITs pic.twitter.com/QShkud07lT


Billie Eilish isn’t British, even if her name does sound like a pastoral Cornish hamlet. She did write the latest James Bond theme, however, for the upcoming No Time to Die, and as we all know, James Bond is a British action legend and sex symbol second only to Paddington. So days after debuting “No Time to Die,” Eilish performed the new Bond theme at the 2020 BRIT Awards on Tuesday, accompanied by Hans Zimmer, Johnny Marr, and her brother and collaborator, Finneas. As BRIT Awards host Jack Whitehall introduced her in his opening monologue, she is “the only teenager in the world who makes Greta Thunberg look lazy.” After the “world exclusive” performance, Eilish went from “No Time to Die” to “so time to cry” when she won the show’s coveted Best International Female Solo Artist award, and thanked the London audience. “I’ve felt very hated recently,” she said, “and when I was on the stage and I saw you guys all smiling at me, it genuinely made me want to cry. And I want to cry right now, so thank you.”

Comments Off on Billie Eilish Performs Bond Theme ‘No Time to Die’ at the BRIT Awards With Hans Zimmer  /   Share: