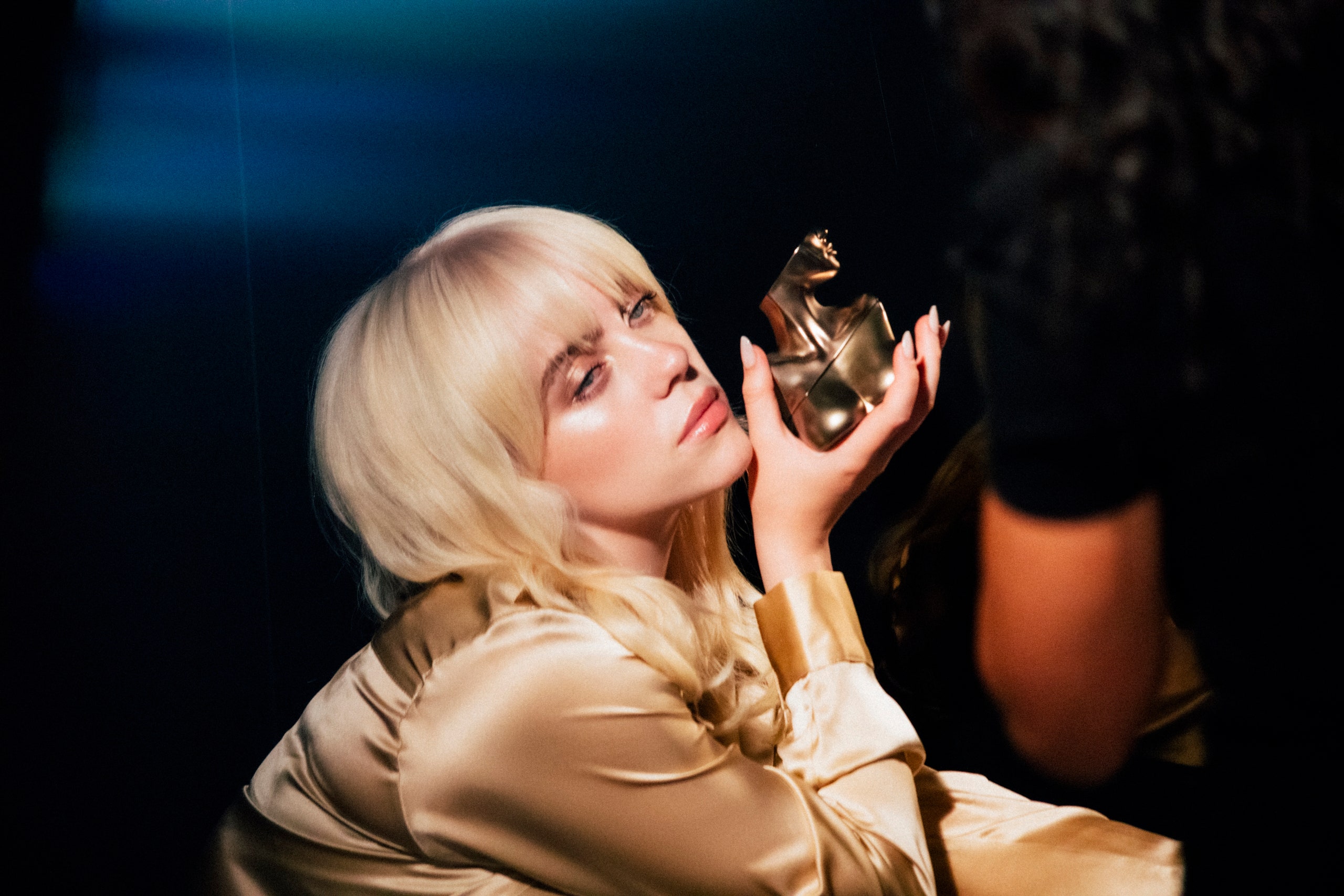 “Perfumes have been one of my greatest joys in life, and I’ve always wanted to make one,” Billie Eilish says on a Zoom from Austin, where she’s bathed in sunlight streaming through a nearby window. “And not as Billie Eilish, not as an artist, not as a singer; I wanted to make a perfume to have a perfume. It has nothing to do with me, I’m just branding it so that people see it.” Lounging on a couch as her bleached wet hair slowly air-dries, shortly after headlining the Austin City Limits festival, she looks fresh. And after spending a little over a year designing Eilish, her first fragrance set to launch next month, she’s—at last—smelling like her lifelong fantasy. And if you’re also really into vanilla, it may be yours, too.

“I’ve always been in love with vanilla, since I was a kid and my mom would teach me to bake,” she says, admitting that she found its taste “disgusting” from the start, though the scent stuck with her. “Vanilla is such a…a loved smell,” she says. “But, for me, that was really how I felt like I wanted to smell, and just my favorite smell.” It’s not just vanilla that makes the fragrance. Created with “a lot of back-and-forth” during the pandemic, Eilish had total control over the process. The result is considered a gourmand (a term for perfumes with edible notes that are sometimes referred to as “foodie”) with “cozy” notes of amber and musk that also have a backstory: “I have synesthesia, so my favorite smells are these like, amber-colored smells, to me, in my brain,” says Eilish of the phenomenon that causes senses to merge in various ways, including perceiving aromas as colors or objects. “I have a really strong nose, and since I was like a little kid, smells are all I think about,” she says. “I associate everything through my nose—like, for real.”

Early on, this understanding played out with the help of magazine ads. “What’s funny is that my dad is the same way,” Eilish says of having a fellow synesthete in her father, who would separate the little paper perfume inserts from their pages and sort them into piles for them to review together. “We’d both tell each other what, physically, the smell made us think of,” she remembers, riffing with examples like “sitting in a cardboard box by a pool.” The notes she used for Eilish evoke a “warm, caramel, smooth, velvety thing” in her mind, and she’s been chasing them for a while. “I went everywhere, I went to Macy’s, I went to a perfumer, I went all over duty-free on tour, and I never found anything,” she says. “I literally ordered seven different vanilla perfumes off of Amazon, random brands, just to find the scent that I was raring for. And like,” here she pauses, dropping her voice to a conspiratorial whisper, “I made it…” Before creating her own signature scent, Eilish wore CVS fragrances, the “ones where you buy them at the register,” and Gucci Premiere, and a mysterious Burberry scent that evokes darker times. “I don’t remember which one specifically because I wore it so much that I rubbed off the label,” she says. “I wore it every single day, I wore it everywhere I went, and it was just in a period of my life where nothing was good,” she says, able to laugh a bit now. “So many bad things happened, and on its last little few drops, it just smelled like… heartbreak.” The emotional experience works both ways, though. “I have another one by Juliette Has A Gun, and I wore that on a trip with my best friend and we had such a good time that I can’t wear it now.” For Eilish, fragrances contain memories. It’s something that she explored on tour, inviting fans to bring meaningful scents along to meet and greets. “They would all describe to me what [the scents] meant to them and how they found them and what memories they had to them,” she says. “I gave myself memories with those smells. And then I had this even deeper connection to the fans,” Eilish shares. “It’s so interesting to me, hearing what people like.” 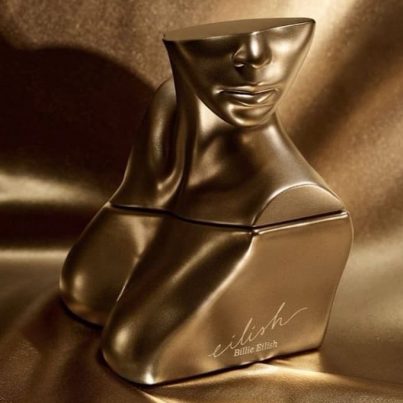 While designing the bottle, a metallic abstraction of a bust, Eilish followed what she likes. “I’ve always had an infatuation with back and collarbones and just like, bones and bodies,” she explains of creating a figure that isn’t based on her, or any other person. “I didn’t want to have it be a certain body type,” she says of choosing not to include a full silhouette like we’ve seen in other celebrity beauty offerings. “I think that the human body is so beautiful as it is, and we should stop changing all of our bodies and just be appreciative of what they naturally are because they’re so beautiful.” Even stretch marks make their way into the conversation: “Anytime I see stretch marks I feel this little glow in my heart—I think they’re so pretty,” Eilish says, admitting they have nothing to do with the design (we’re just talking bodies over here!). For Eilish the perfume specifically, “I wanted it to feel like you could see anybody in it, and you could be it,” she explains. “I like the idea that you can see the person that you are in love with in it, somehow; I feel like it could match anybody, almost—or you.”