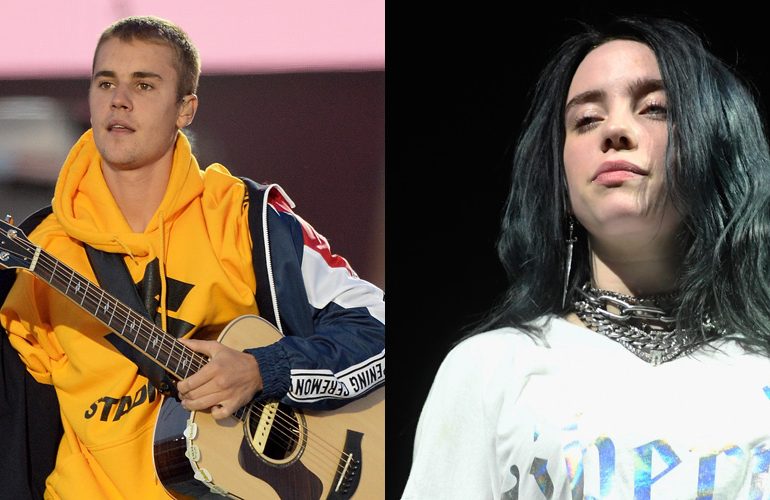 Billie Eilish has made it no secret that she’s a huge fan of Justin Bieber, once calling him her “first love.” Since she’s catapulted to super-stardom, Bieber has shared his love for the young musician, too, appearing on the remix of her No. 1 single “Bad Guy.” In a new interview with Zane Lowe following the release of his album Changes, Bieber explained just how much he relates to her and what she means to him.

“She’s crazy, she’s a superstar,” Bieber told Zane when discussing their first time meeting. “I wanted to protect the moment, we never know how many opportunities we’re gonna get with anybody. I’m tearing up thinking about it just with the Kobe situation… You just never know. I just wanted to be a good example. I definitely feel protective of her. It was hard for me, being that young and being in the industry and not knowing where to turn. And everyone, you know, telling me they loved me and, you know, just turning their back on you in a second. So it’s hard because I want her to know that she can count on me.”

Both of them grew up in the spotlight, becoming famous overnight. When he started talking about his experiences as a young pop star, he started to tear up.

Eilish, clocking on to what Bieber said in the interview, shared a clip on her Instagram alongside old photos of her sporting his merch. “At the end of the day, I don’t wanna—I’m never gonna force myself to be in a relationship with her, it has to be natural right? So I just kinda, you know, let her do her thing and if she ever needs me I’m gonna be here for her,” he continued. “I just wanna protect her, you know? I don’t want her to go through what I want through, I wouldn’t wish that upon anybody.”

Elsewhere in the interview, he also touched upon his marriage with Hailey Baldwin. “I’m freaking married now. I got the best wife in the world,” he continued. “She supports me through so much. I’m really honored to be her husband… This is an album I wrote in the first year of our marriage, so it’s fresh. There’s so much more to learn about commitment, and building trust, and foundation. I’m looking forward to continuing to build and make music that’s going to reflect that.”

Comments Off on Justin Bieber Tears Up Talking About Billie Eilish: ‘I Just Wanna Protect Her’  /   Share: