When We All Fall Asleep, Where Do We Go?
September 20, 2019  Administrator   Comments are off 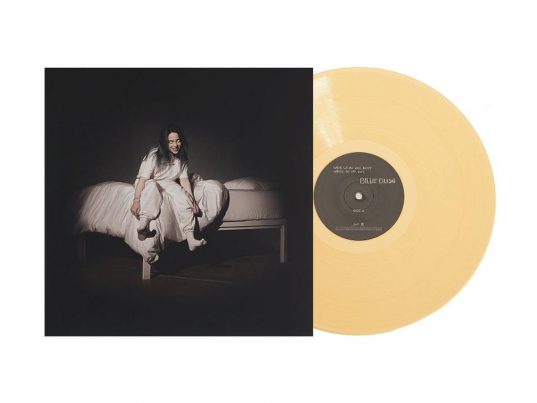 When We All Fall Asleep, Where Do We Go? is the debut studio album by American singer-songwriter Billie Eilish. It was released on March 29, 2019, by Darkroom and Interscope Records. Eilish co-wrote most of the record alongside her brother Finneas O’Connell, who handled its production. Musically, the album has been characterized as a pop, avant-pop, art pop and electropop record, though features several other genre influences including hip hop and industrial music.

When We All Fall Asleep, Where Do We Go? was praised by music critics for its subject matter, songwriting, cohesion and Eilish’s vocal delivery. It was also a commercial success, topping charts in numerous countries including in the United States, Canada and the United Kingdom. Two singles, “You Should See Me in a Crown” and “When the Party’s Over“, were released prior to the album’s announcement, while its third single, “Bury a Friend“, accompanied the record’s pre-order and was met with critical acclaim. These were followed by three more singles, “Wish You Were Gay“, “Bad Guy“, and “All the Good Girls Go to Hell“. The singles “Come Out and Play” and “When I Was Older” were included as bonus tracks on the album’s deluxe edition.

Touring
Eilish embarked on two-month tour of Europe, beginning on February 11, 2019, at Kesselhaus [de], part of Kulturbrauerei in Berlin, where she performed “Bury a Friend” and “When I Was Older” for the first time in concert. The tour lasted through March 6 and included dates at Glasgow’s SWG3 arena, Manchester Academy, the O2 Institute in Birmingham, and Shepherd’s Bush Empire in London. It was later announced that she would perform a set of intimate acoustic shows at the Pryzm club in London on March 7.

Eilish also supported the album with a world tour – the When We All Fall Asleep Tour, which was announced in February 2019. It began in April of that year with two performances at Coachella,[112] the first of which was universally praised by critics, some of whom hailed it as the highlight of the day despite technical difficulties regarding Vince Staples’s microphone during his verse on the track “&Burn”.

Eilish also appeared at the Groovin’ the Moo festival, which took place throughout the end of April and beginning of May. Eilish was also part of the line-up of BBC Radio 1’s Big Weekend on May 25 in Middlesbrough. At the Glastonbury Festival on June 30, Eilish appeared on the “Other Stage” as a warm up for British rapper Dave, backed only by her brother on keyboards, a drummer and a plain, black stage. Her slot received widespread critical acclaim, with reviewers citing her engagement with the audience and versatile performance as reasons for their praise.

Ranking
At the end of 2019, When We All Fall Asleep, Where Do We Go? appeared on numerous lists of the year’s top albums. According to Metacritic, it was the third most frequently ranked album in the top 10 of year-end lists. Several critics and publications ranked it number one, including veteran music critic Robert Christgau,[136] who also named it the fourth-best album of the 2010s and said of Eilish, “No teenager I can recall has ever made such an impressive album, though I guess Elvis’s Sun Sessions gets an asterisk, and who knows what will become of her?”.